In the past few years social networks like Facebook and Twitter admit that their platforms have fake and duplicate accounts spreading fake news. With these accounts, the users distribute false information, support or attack an idea, a product, or an election candidate, and influencing real platform users in a decision.

Fake news has become a bigger problem than what we thought, the social media is engulfed with the fake news and rumors from users. A new study reveals that most social media users actually play an active role in spreading rumors and misinformation on social media.

According to the journal, published in the Natural Hazards, 86% – 91% of a sample Twitter audience of 20,000 spread news that later proven to be fake news. The research examined four false rumors spread indigenously recently. This includes — two each from the Boston Marathon and Hurricane Sandy, including an infamous falsehood about the New York Stock Exchange flooding.

The study examined three types of behavior — social media users could either spread the fake news, seek to confirm it, or cast doubt upon it. Moreover, 86% – 91% fell into the former category by helping to spread the news. In addition to, only 5% to 9% looked to confirm the news themselves through a retweet if the information was genuine. Just 1% to 9% looked to publicly cast doubt on the source by stating the news was not accurate.

“To the best of our knowledge, this is the first study to investigate how appropriately Twitter users are at debunking falsehoods during disasters,” said Jun Zhuang, associate professor at the University at Buffalo in New York. However, he said, “the results paint a less than flattering picture.” “These results are important because they show how easily people are deceived during times when they are most vulnerable and the role social media platforms play in these deceptions,” said Zhuang.

Moreover, it’s not fictitious that fewer than 10% of social media account holders who retweeted the fake tweet later went back and deleted their retweet once the news had been debunked. 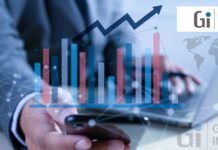